Posted on October 3, 2012 by faranginbangkok

It’s monsoon season, some amazing storms with massive amounts of lightning, like this: 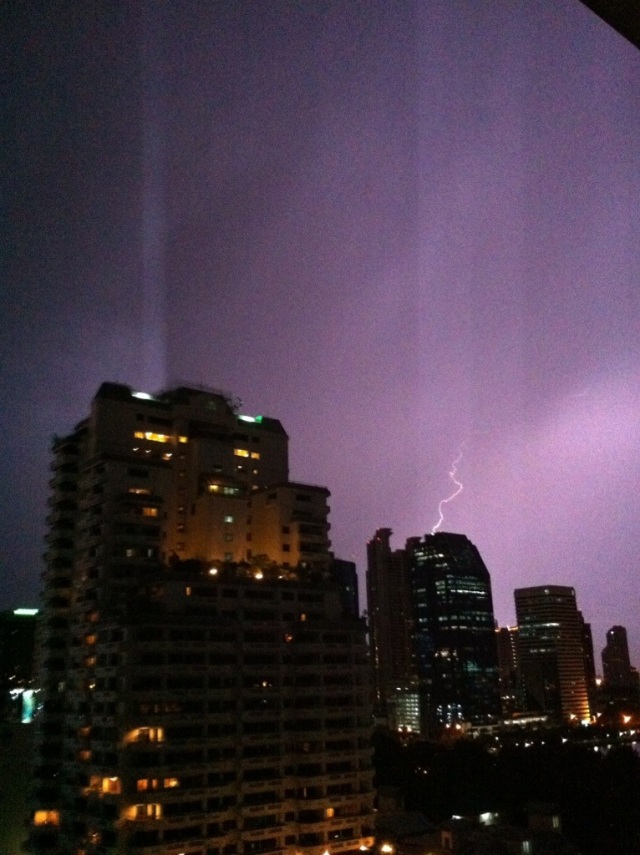 Additional pictures: http://www.tumblr.com/blog/faranginbangkok For more updates about Bangkok, Thailand and other thoughts: www.twitter.com/lilrichardb I began working in Bangkok during 2008- a time that featured a great deal of political unrest in Thailand and particularly Bangkok. I had lived in San Francisco for 15 years and was working on a project in Thailand. Generally I spent 2 weeks in Bangkok and then 3-4 weeks in San Francisco. Did Bangkok begin to feel like home? Yes, and No. Bangkok and the Thai culture forced me to feel many things, the change in culture and environment was so dramatic it forced the decision- embrace or ignore. I embraced and made Bangkok my home and base in 2009. I have enjoyed living in Bangkok, experiencing Thailand and the entire ASEAN region.
View all posts by faranginbangkok →
This entry was posted in Thailand and tagged Lightning, monsoon, Thailand. Bookmark the permalink.