A Storm in Cambodia & the Realization I live in Thailand

What a stupid title for this post, hopefully I think up something better, change the title and delete this sentence.

I was out having some beers with friends, the rainy season has arrived in full force with strong rain each afternoon and evening. I love it. Tonight a friend commented “we’re in for a few more days of rough weather, a big storm in coming in from Vietnam and Cambodia.”

4 years ago, big storms moving through Vietnam, Cambodia and Thailand were a sound bite I overheard on the news or something I glanced when reading the international section of a newspaper. Now, what blows in from Cambodia, be it storms or other, impact my life; storms moving down the Oregon coast into Northern California are just a headline I skim.

In understanding the winds and storm patterns of the rainy season, I understand that I now ‘live’ in Bangkok. 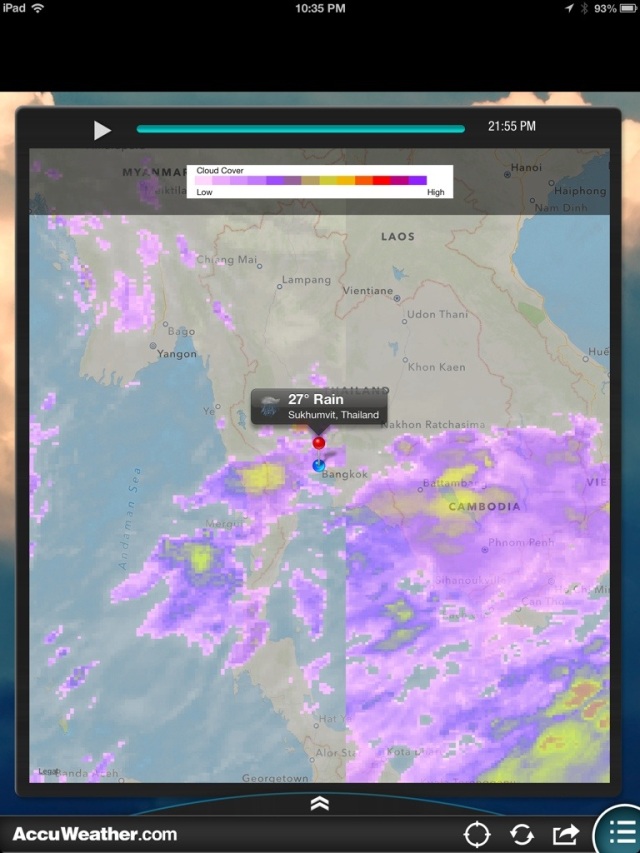 I began working in Bangkok during 2008- a time that featured a great deal of political unrest in Thailand and particularly Bangkok. I had lived in San Francisco for 15 years and was working on a project in Thailand. Generally, I spent 2 weeks in Bangkok and then 3-4 weeks in San Francisco. Did Bangkok begin to feel like home? Yes, and No. Bangkok and the Thai culture forced me to feel many things, the change in culture and environment was so dramatic it forced the decision- embrace or ignore. I embraced and made Bangkok my home and base in 2009. I have enjoyed living in Bangkok, experiencing Thailand and the entire ASEAN region. I moved to Singapore in 2016...fallen behind on this blog since.
View all posts by faranginbangkok →
This entry was posted in Farang and tagged ex-pat, living in Thailand, reality. Bookmark the permalink.