Chao Phraya from Above

Above Bangkok, looking down on the city and at the twists and turns the Chao Phraya takes to reach the Gulf of Thailand. 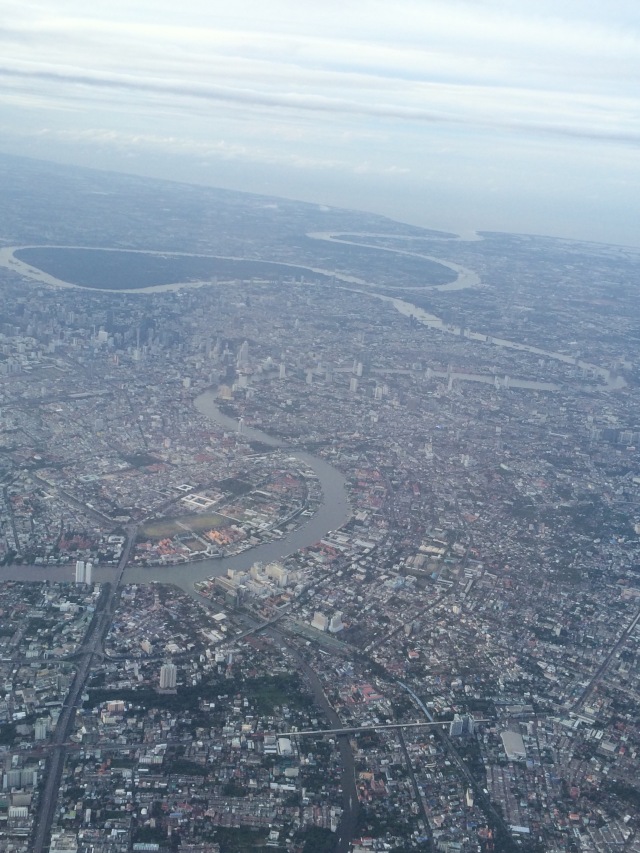 I began working in Bangkok during 2008- a time that featured a great deal of political unrest in Thailand and particularly Bangkok. I had lived in San Francisco for 15 years and was working on a project in Thailand. Generally, I spent 2 weeks in Bangkok and then 3-4 weeks in San Francisco. Did Bangkok begin to feel like home? Yes, and No. Bangkok and the Thai culture forced me to feel many things, the change in culture and environment was so dramatic it forced the decision- embrace or ignore. I embraced and made Bangkok my home and base in 2009. I have enjoyed living in Bangkok, experiencing Thailand and the entire ASEAN region. I moved to Singapore in 2016...fallen behind on this blog since.
View all posts by faranginbangkok →
This entry was posted in photographs and tagged Bangkok, chao phraya river. Bookmark the permalink.

2 Responses to Chao Phraya from Above